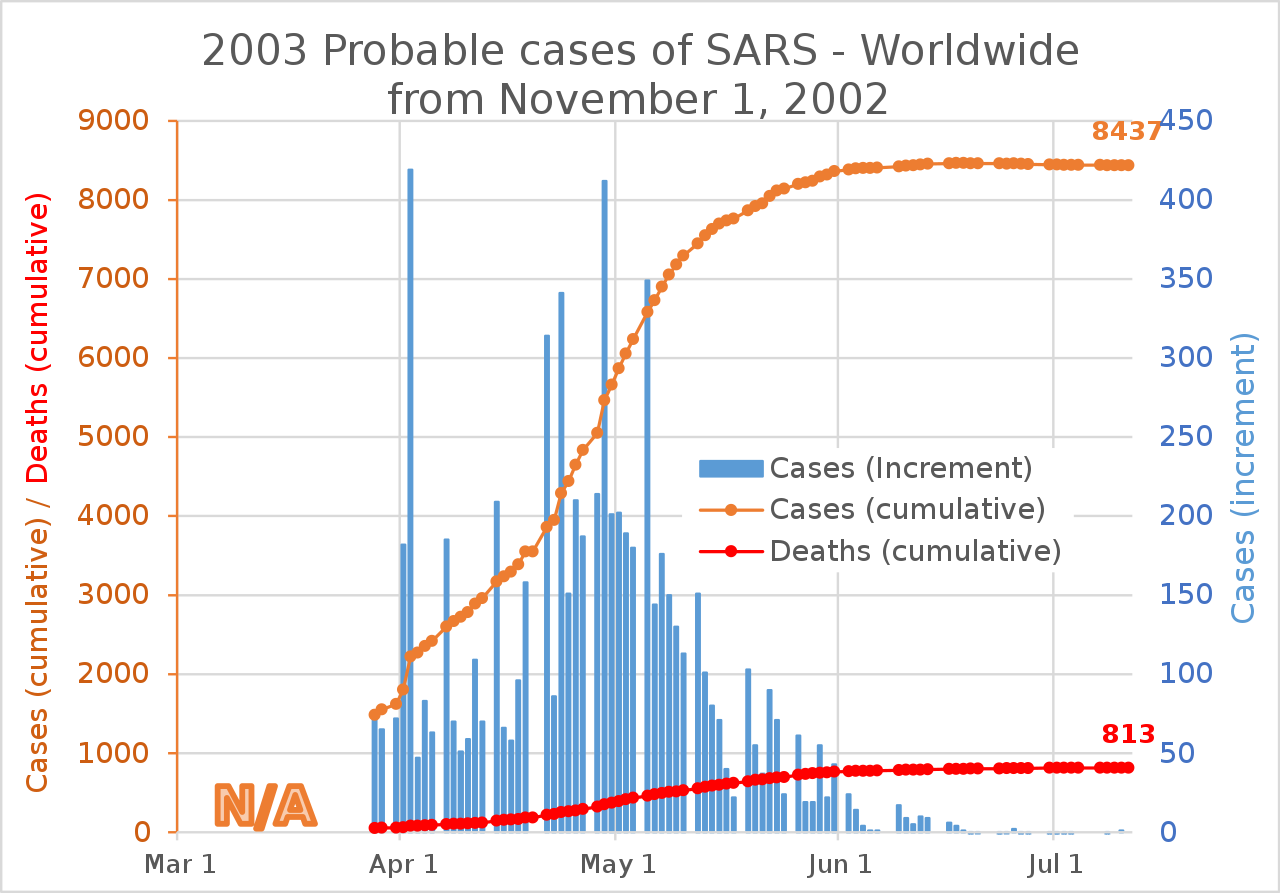 According to Wikipedia, severe acute respiratory syndrome (SARS) is a viral respiratory disease of zoonotic origin that surfaced in the early 2000s caused by the first-identified strain of the SARS coronavirus (SARS-CoV or SARS-CoV-1). Published in 2010, scientists believe that forest clearing and the destruction of bird habits resulted in the outbreak of SARS in 2002, which caused 77 deaths.