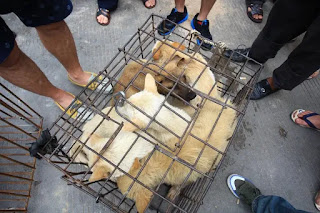 Draft regulations put nine permitted meats on a “white list” such as pork , beef , chicken, rabbits, fish and seafood-but eating anything else, such as cats, dogs, snakes, turtles and frogs,  risks a US$2800 fine. The new regulations still allow for the use of wild animals for scientific and medical purposes but stressed that management of such facilities will need to be strengthened.