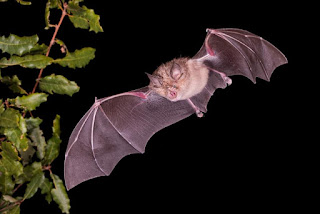 A new analysis of 139 instances where an animal virus has spread to humans shows these outbreaks are a human problem with a human cause. Don't blam the pangolin. Don't blame the bats. Don't blame the animals. COVID_19 is all on us.

Up to 75% of human infectious diseases that have recently emerged are known or are suspected to have originated from animals . This includes the coronavirus disease 2019 ( COVID-19), which is caused by the 2019 novel coronavirus ( SARS-Cov-2) and is now pandemic.

From looking at the factors that lead to a virus jumping from a non-human animal population to us , one thing became clear: though animals may be the original natural host for these viruses, the divers of a spillover are all too human.

Resilience to habitat changes brought on by humans isn’t the only factor that increases zoonotic virus spillover. Certain causes of decline in wildlife populations have also facilitated spillover of animal viruses to humans.

Importantly, among threatened wildlife species, those with population reductions due to exploitation and loss of habitat, this includes some species of primates and flying foxes – likely due to human encroachment – shared more viruses with humans.